Why be clever? it is a much overrated attribute /Isaiah Berlin/ 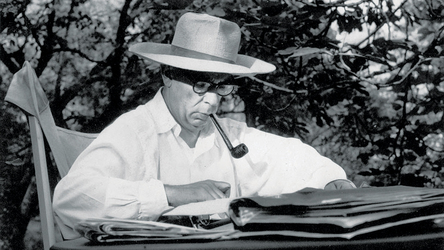 The twelfth Isaiah Berlin Day will take place at the National Library of Latvia in Riga on June 17th, 2022. The central event of the day will be the Isaiah Berlin Memorial Lecture,&nbsp;delivered by the Israeli academic and former politician Yuli Tamir. Read more 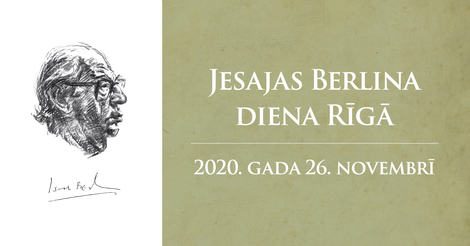 A philosopher and historian of ideas, he was renowned also for his lectures, his essays, and his conversation. He was born in Riga in 1909, and spent his early childhood there and in Andreapol before moving with his family to Russia, and then to England. His father and grandfather ran a large timber business in Latvia, and were prominent in the Jewish community. Berlin's adult life was spent largely at the University of Oxford. He was elected to a prize fellowship at All Souls College in 1932, at the age of 23, the first of many honours and awards. He was knighted in 1957; received the Order of Merit in 1971; and was a president of the British Academy from 1974 to 1978. Berlin is probably best known to a wider public for his essay, "Two Concepts of Liberty", delivered as a lecture in 1958. In it he distinguished between "negative freedom", or freedom from interference; and "positive freedom", which asks not what we are free from, but what we are free to do. He pointed out that these two different conceptions of liberty could clash with one other.

Much of Berlin's thought was linked to his philosophy of "value pluralism", which holds that moral values can be equally valid and yet mutually incompatible, creating conflicts that can only be reconciled pragmatically. Keeping a promise may conflict with the pursuit of truth, for example; liberty may clash with social justice; many things may clash with freedom. There can be no universal rules for reconciling such conflicts; the point is to find the best accommodation possible in each given case. He never produced a monolithic "great work", and he scattered his writing and thoughts generously and widely — not only in his essays and lectures and journalism, but also in his letters, which are still in the process of being published, and which reveal him to have been as brilliant in correspondence as he was in conversation. The enormous task of consolidating Berlin's work, and providing it with critical apparatus, has been undertaken by his editor and literary trustee, Henry Hardy, and is almost complete. As Hardy's work has progressed, so the scale, and stature, and permanence of Berlin's contribution to modern liberal thinking has become apparent.