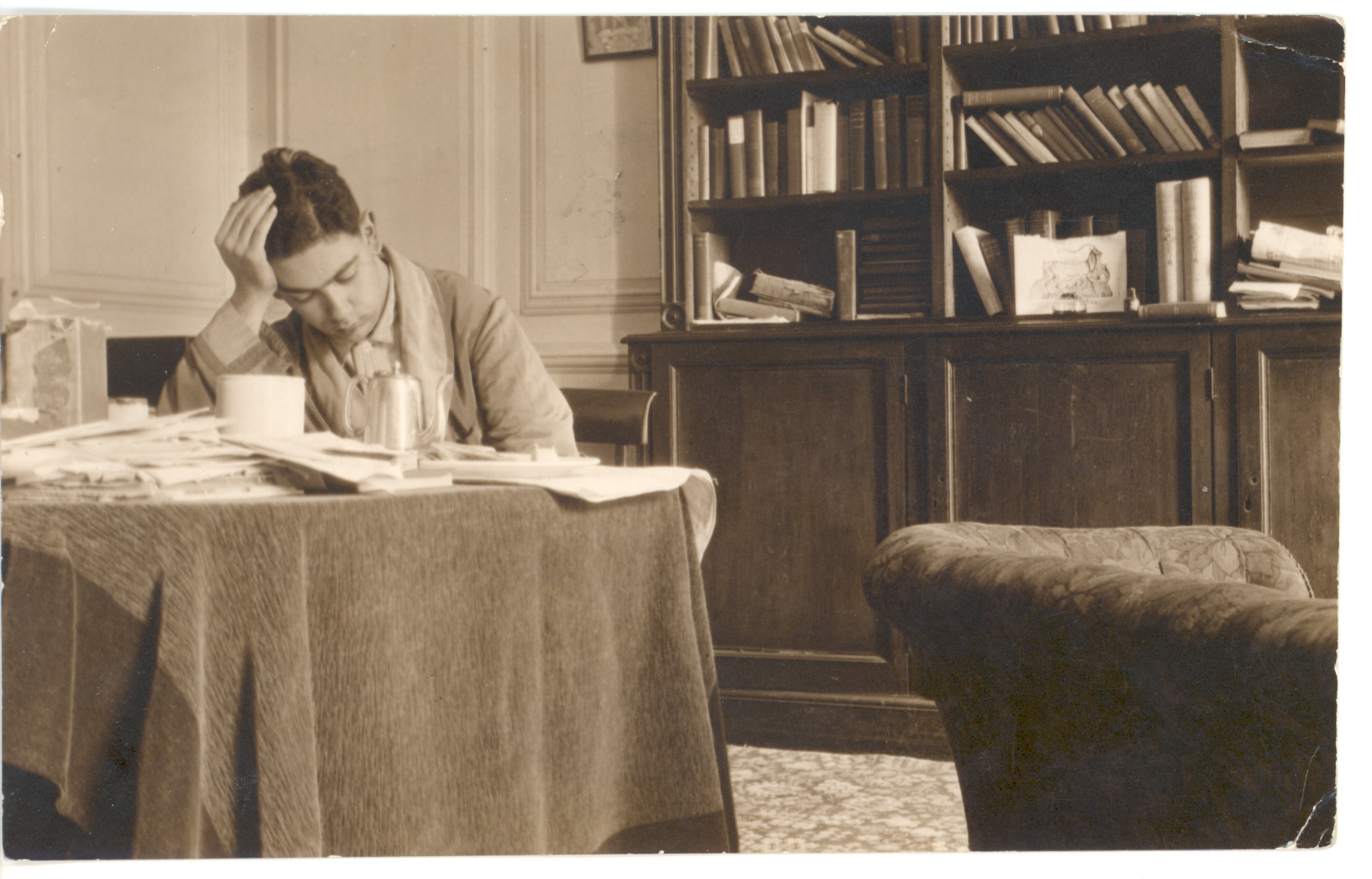 Isaiah Berlin was born in Riga on June 6, 1909. After experiencing a blissful youth as the only child of a wealthy merchant, in 1915 the tumult of the First World War caused his family to abandon Riga for Andreapol and later Petrograd. Once in Russia, however, unrest was soon to resurge: in 1917, they witnessed both the February and October Revolutions, as well as the beginning of Soviet rule. Initially not unsympathetic toward these developments, Isaiah’s parents began to dread the arbitrary and oppressive rule of the new Soviet regime. The scenes of violence he occasionally witnessed in Petrograd left an indelible impression on the young boy, who had already developed a keen power of perception (a prodigy: he had read Tolstoy’s War and Peace and Anna Karenina at age ten.

Under the weight of Soviet repression, Isaiah and his parents resolved to turn to Riga in 1920. Ultimately, however, when Isaiah was eleven, they decided to move to London. England, with its ethos of liberalism and tolerance, was to deeply affect Isaiah’s intellectual development. He excelled at school and eventually gained admission to the heart of British learning: the University of Oxford. An esoteric and often perplexing place, Oxford was to shape Isaiah’s subsequent intellectual life, later bestowing its greatest privilege on him. Having finished his studies with great success, Isaiah was made a fellow of All Sounds College. Providing an academic with many luxuries and a possibility to pursue studies of his choice, this elite institution united some of the very brightest minds of Oxford University and indeed all of Europe. Berlin was the first Jew ever to have been elected into All Souls, and his election received much attention in British society. Abetted by his remarkable wit and talent for conversation, Isaiah was soon a popular guest in the most prestigious circles of British high society – a favourite among the wise, powerful and beautiful alike.

He never ceased to maintain a hectic round of engagements on both a professional and social level, always retaining a taste for the company of the powerful and famous. At the same time, Isaiah always kept a certain distance from the world, never becoming too closely engaged with it. As an undergraduate student at Oxford, Isaiah had befriended the influential philosopher A.J. Ayer and other leading English intellectuals. In subsequent years, the many grandees Isaiah met (some of whom he developed very close relationships with) included Sigmund Freud, Ludwig Wittgenstein, John Maynard Keynes, Virginia Woolf, T.S. Eliot and W.H. Auden, Pablo Picasso and Jean Cocteau, Greta Garbo, Dmitri Shostakovich and Igor Stravisnky. David Ben Gurion, the first Prime Minister of Israel, who first met Berlin in 1941, offered him the directorship of the Israeli Foreign Office, but he declined – Isaiah did, however, remain involved in many aspects of Israeli political, cultural and academic affairs, notably as a Governor of the Hebrew University of Jerusalem. U.S. President John F. Kennedy, who had consulted Isaiah about the Soviet Union on the first day of the Cuban Missile Crisis, was as much drawn in by him as his later-day Soviet counterpart Mikhail Gorbachev was. Toward the end of his life, he was a regular guest of the English Queen and of subsequent Prime Ministers.

Although Isaiah would stay at Oxford most of his life, he spent significant interludes elsewhere: During World War II, he began to work for British Information Services in New York and subsequently as First Secretary of the British Embassy in Washington D.C., where he played a vital role in the liaison work between the two major Allies. His reports on American politics and public opinion, filled with insights obtained through his great talent for socialising with the society’s brightest and most powerful, were avidly read by the entire British leadership, including Winston Churchill.

Following the end of the war against Germany – during which all of Isaiah’s remaining relatives in Riga had been murdered in the Nazi terror – Isaiah briefly remained attached to the British Foreign Office and joined the British Embassy in Moscow. While he contributed to Western understanding of Stalin’s Soviet Union, he himself had some formative experiences there, notably his encounters with the dispirited remnants of the Russian intelligentsia. A night-long meeting with the poet Anna Akhmatova in November 1945 proved a deeply emotionally and spiritually intense encounter for both.

Isaiah did not remain a diplomat, but decided to return to his work as a scholar. From 1946 on he wrote and lectured at Oxford, in London and at the leading American universities, earning professorships at several of them. In 1956 he married Aline Halban (née de Gunzbourg), a Frenchwoman, with whom he was to share the rest of his life. Between the years of 1957 and 1967, Isaiah held the prestigious Chichele Chair in Social and Political Theory at Oxford and in 1966 he was offered the Presidency of Wolfson College, a new college within the University of Oxford, which was then still in the process of being founded. His relentless efforts in the following years to attract support and sponsorship for Wolfson College were almost exclusively responsible for its development into the integral institution that it is today; an institution which, according to Isaiah’s wishes, was to be characterized by a spirit of egalitarianism and collegiality not to be found elsewhere in the Oxford “Ivory Tower”.

When Isaiah finally retired from the University in 1975 he had already been named President of the British Academy, which he remained until 1978. He continued to pursue his academic and social interests indefatigably for the remainder of his life. Isaiah died in 1997 in Oxford following a brief illness at the age of 88. “I don’t mind death,” he once said, “but I find dying a nuisance. I object to it. I’d rather it did not happen… I’m terribly curious. I’d like to live forever”.

Isaiah Berlin and Riga of His Time: http://berlins.lnb.lv/